Canada just legalized cannabis in all forms for medical use, which is great news for the parents that threat children with cannabis and everybody else as well.

For the last 10 years cannabis has been recognized as medical by the Supreme Court, but only allowed in its dry form. People have had to break the law to utilize cannabis in other ways than smoking/vaporizing it. Of course no parent will give their children a joint and have  been forced to break the law to give their children tinctures to manage their serious illnesses.  And all people with serious illnesses need to consume cannabis, not smoke it, to get a proper cannabis treatment. Now that is finally allowed. 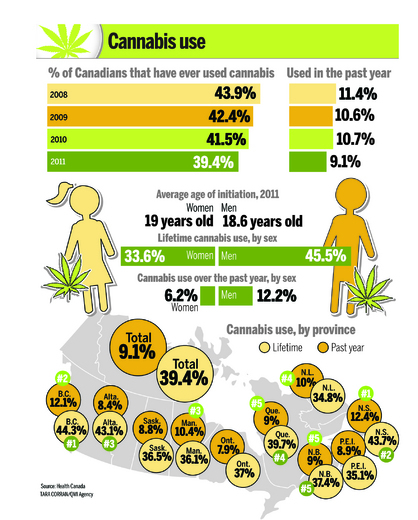 Even thou the Canadian Supreme Court has ruled this, sadly the Health Minister Rona Ambrose says she is “outraged” by the Supreme Court of Canada decision that expands the definition of medical marijuana beyond dried leaves, to include cannabis oils, teas, brownies and other forms of the drug.

The fact that the Health Minister does not respect the ruling of the Supreme Court, is both horrible and interesting. It’s horrible that somebody in her position is not eager to be learning new things of interest regarding the health of the people. But it’s interesting and uplifting to see that the Canadian Supreme Court will not be bullied by politicians.

So this is a big step and we hope they set an example for more countries to follow.

2 Responses to “Canada legalized cannabis in all forms for medical use!”