This year will be an exiting year for cannabis research.

We are moving on form animal studies to human studies on certain illnesses, which is quite a big step in the right direction.

We are all of course very exited to see what these studies will show and hope they encourage mores studies on even more diseases.

This study will be done by Dr. Guillermo Velasco and Dr. Manuel Guzmán are two of the top cannabis researchers in the world. They have published numerous studies about how cannabinoids fight glioma, an aggressive form of brain cancer. For example, in 1998 they showed how tetrahydrocannabinol (THC) induces apoptosis in glioma cells. In 2011 they demonstrated THC even works with chemotherapy to kill brain cancer. 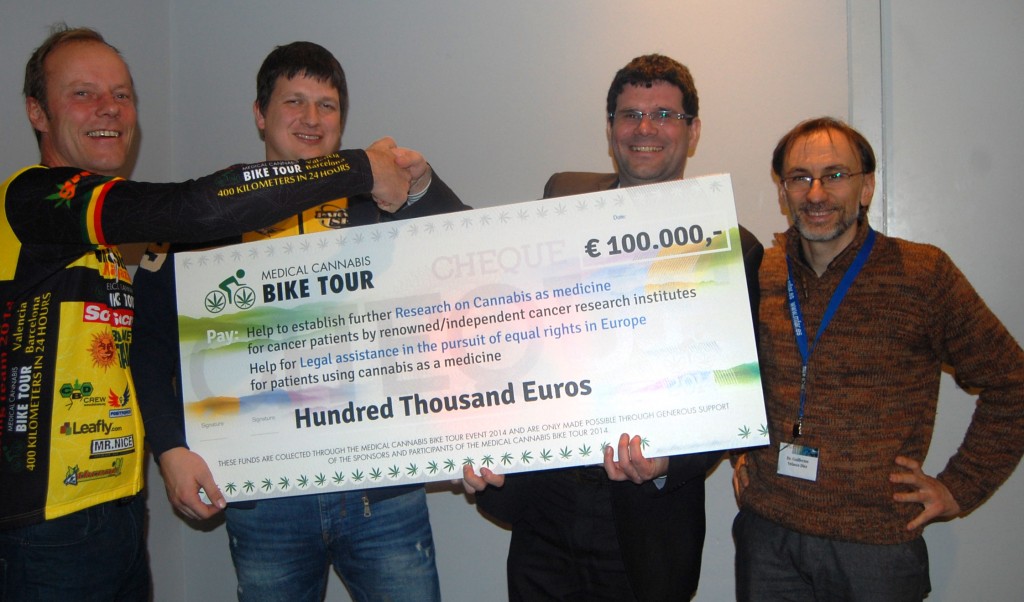 This study is actually sponsored by the cannabis movement itself. The  Medical Cannabis Bike Tour, a European organization based in Amsterdam, have been biking long distances to raise awareness and collect sponsors to this great study.  CBD Crew and many other companies have been proud sponsors of the project since it started. They have now collected 100,000€ for the trial to start in September this year. And they are now looking to raise another 180,000€ to keep founding the studies. If you or your company want to donate to this study, please contact Medical Cannabis Bike Tour.

Multiple myeloma (MM) is an incurable cancer of immune plasma cells. While it can be held at bay with chemotherapy, it is virtually impossible to completely eliminate. The US-Israeli cannabis research firm One World Cannabis (OWC) is partnering with Tel Aviv’s Sheba Academic Medical Center to conduct preclinical studies of cannabis for MM. In addition to these basic science studies, OWC reports they have “received the Chaim Sheba Medical Center Helsinki Committee (Internal Review Board – IRB) approval to initiate human clinical studies in evaluation of cannabidiol (CBD) in combination with tetrahydrocannabinol (THC) as a novel multiple myeloma (cancer) treatment.”

There is scientific support for the effectiveness of cannabinoids against MM. One study showed CBD, either by itself or in synergy with a chemotherapeutic agent, inhibited proliferation and induced cell death in MM cells.

There are also rumors of a few more studies being conducted, but the information is not public yet.

We hope for as many studies as possible and we are very exited to see what results they will bring.